Back to all posts

I was back rehearsing with "The Blue Thunder Brigade" this week!

It was a bit rough the first few songs, but we soon got back to winning ways and by the end of the session, we were back in the land of being a tight band once again.
We have some gig news on the horizon, so hopefully we can make that announcement soon.

I've been trying various pedals out for my Blues Rig, but I finally committed to putting them on a board! . . . . . I need to make one or two tweaks and I need to wire the thing a bit more perminant.
I wa tap dancing a bit in rehearsal, which caused me to make a few mistakes, but that's kind of the norm with new pedals especially when singing at the same time!!!

So here's the "Blues Rig"

For you Geeks out there, here's how it runs!

Guitar into a buffered TC Polytune > The Carl Martin Hydra boost is a clean boost which I use to boost my strat > Landlord true bypass half pint compressor > a Jim Dunlop true bypass mini wah  > Carl Martin DC Drive with boost (used as my crunch sound) > Wampler Dual Fusion (Stacked) for solos
All powered by the MXR brick . . . . . The TC Modulator and the > TC Repeater go in the effects loop.
So there you have it . . . . . and it sounds good too. 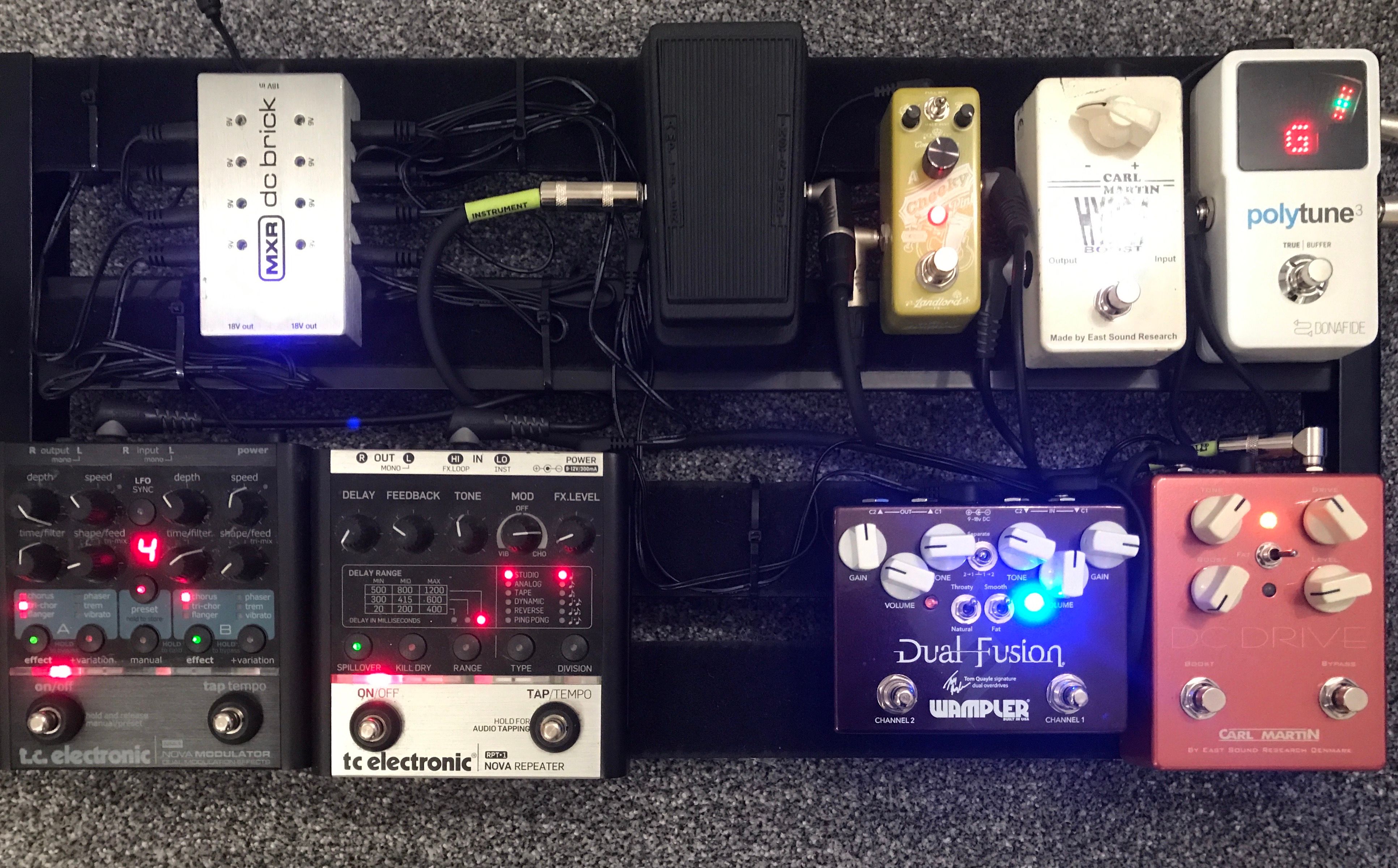